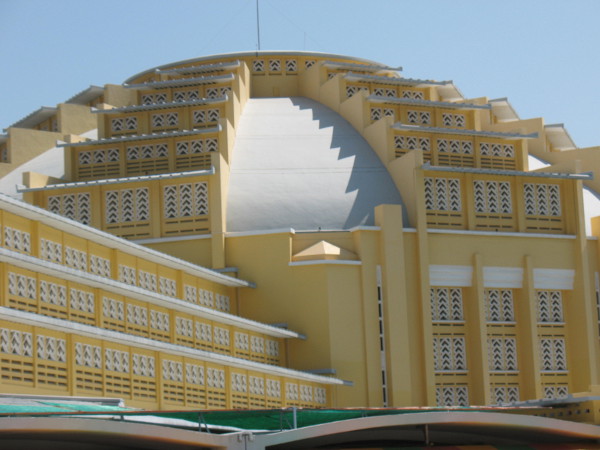 Today is the 120th anniversary of the birth of Ho Chi Minh, founder of modern Vietnam. Though he died over 40 years ago, and did not live to see the unification of the country after the defeat of America in 1975, his picture is still everywhere.

Out walking on my first night in town, I bumped into Quoc next to the “Lucky Tree”. He told me the tree was considered lucky because of the intricate root structure, which drew water and therefore life. Among the interwoven knots of the truck were bundles of incense burned to their base as offerings. Quoc said he was from a province 100 kilometres south of Hanoi. There was little work there he said, and problems with the electricity. Things were, as he put it, a little boring.

He had studied English for 10 years in the hope of getting a job as a government officer. This would be difficult he said, because to be a government officer you needed to be a communist party member and then another party member would have to recommend you for a post. He spoke of the trade between Vietnam and New Zealand, which he expected to grow along with that of Australia. He thought this promising for the future of all three countries. He now worked in a hotel but had finished for the day and was off to see some friends. He asked me for some money to buy books so he could continue his studies.

Young Vietnamese can be seen sitting in coffee shops texting on mobile phones, the more affluent, at least the women, are expensively turned out and can be found in the more boutique shops, where the tourists go. Some of the young Vietnamese women, rather tall with slender limbs and flawless alabaster skin, are reminiscent of a youthful Angelina Jolie, and can be seen here by the score.

English among the young is growing in popularity. In a shop selling silk the two shop assistants quizzed me about where I was from. One spoke English with an American twang. I asked where she had learned her English, “at school” she said. This is unlike the girls selling fans and postcards to the tourists down by the lake, some as young as eight, who learn all their English from tourists. I asked the shop assistant if her English teachers were foreign of Vietnamese. She said she had only had one foreign English teacher at school a long time ago, and he was German, but spoke “excellent English.”

The narrow streets of Old Hanoi are filled with motorcycles, which have long since supplanted pedal power as the primary means of transport. Traffic is now controlled via lights at most junctions, which most but not all take note of. Traffic jams caused by larger vehicles are avoided by simply riding along the foot paths, where they exist. Intersections resemble swarms of locusts entering from different directions and progress is made when enough going one way give way to those going another. A constant, is the incessant use of horns on vehicles. So frequent is their use that the purpose of that device as an instrument of warning or last resort has been almost entirely lost, with the result that almost nobody appears to take any heed, whatsoever.

As Vietnam grows more prosperous, vehicles of four wheels are increasingly seen. Korean vehicles in particular are popular, smaller Hyundai and Kia cars, especially taxis. For the affluent Vietnamese, more famous makes are seen; Mercedes, Porsche and BMW, and a late model two-door Bentley, now also negotiate the narrow confines of the old town. Traders carrying their wares on long poles traveling on foot compete for road space with the new preferred mode of motorised transport, the sports utility vehicle, which included at least one Hummer, an example of the US motor industry’s taste for conspicuous consumption, contributing to its demise.