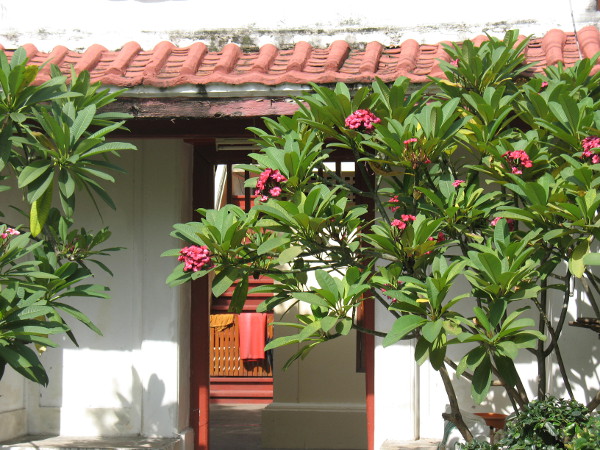 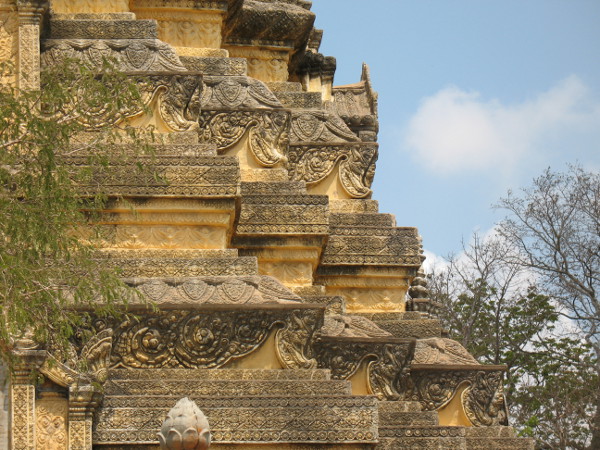 Black, white and red all over - in the Kingdom of Smiles

If you’re going to arrive late at night by plane in a city it may as well be Bangkok, at least it’s open. The travellers’ advice centre in the terminal advised me that staying in my chosen area down by the river was inadvisable as the police would soon start clearing out the Red Shirt demonstrators. After giving it momentary consideration, I decided to go anyway.

The lady at the airport taxi stand issued me a docket stating the taxi fare was by the meter plus toll charges and there was an additional fee of 50 baht. Once in our bright pink taxi the driver said he’d rather not use the meter and that for a flat fee of 500 baht, he’d pay the toll charges.

Along the route from Bangkok’s new airport we passed two silver London Hackney cabs parked up under an over pass, looking distinctly out of place, a long way from home.

During the military-dominated era in Thailand from 1963-82, national development plans devised with American expertise dramatically altered traditional Thai ways of life. Strategic roads initially led northeast to US military bases on the Thai border. These highways also encouraged an influx of poor peasants who gravitated to the capital, many ending up in sprawling slums. Thereafter, development from the 1960s comprised a rapid, unplanned and unimpeded expansion. Arguably, the most negative long-term impact of American involvement in Bangkok, and certainly one of the more obvious, was the unfortunate project to transform it into Los Angeles of the Orient by building super-highways. Sociologists and anthropologists described the impact of these changes as ‘further divorcing the city residents from the natural habitat’.

One of the features of Bangkok, Thailand and other parts of Southeast Asia in general that amazes me is that a retail store selling all manner of goods competes with street traders offering bargain prices of the same products literally outside the shop entrance.

In a side alley off Khao San Road is Dreadlock Bob, a Thai will his snake-like locks wound tight on the crown of his head. His disciples, with shorter dreads are gathered around attending to customers wanting advice on embarking on this course of hair fashion. The extent of Bob’s dreads can be seen in the life-size poster of himself he has displayed on the side of the building behind the few feet of pavement, his patch for the day. Walking about in such heat with all that hair must be like having a radiator on your head. Washing it, which true Rastafarians only do using herbs and water, must bring new meaning to the term, “I can’t tonight, I’m washing my hair.”

The military strategist of the anti-government Red Shirt protestors, Major-General Khattiya Sawadipol or Seh Daeng as he is commonly referred to, was shot in the head by bullet fired by a high-powered sniper’s rifle. The government and the other political factions deny any complicity in the shooting, though much to their collective chagrin, he has survived.

Several theories exist as to who was behind the attempt. First, he could have been the target of revenge from the Phayak Burapha regiment badly mauled in battles with the red shirts on 10 April, during which their colonel was killed. Second, hard core element within the red shirts themselves could have wished to silence him hoping that the ensuing upheaval would escalate out of control and bring down the government. Third, the government or the military wanted to eliminate him to dilute the hard core red shirt movement.

It is likely that the assassination attempt was a set-up as Seh Daeng was about to give a media interview, and he was shot seconds after the lights came on. The sniper would have had to have access to a nearby high rise building in order to carry out the shooting. Media speculation suggests that the weapon, which fired a .30-06 Springfield cartridge, could only have come from a specialised sniper rifle of military issue.

In a nearby area, the bus I was traveling on was forced to do an about turn on a busy Bangkok street in order to avoid one o the trouble spots, no mean feat in Bangkok traffic. We later spent 15 minutes navigating a single major roundabout, just to wind up in another traffic jam on the other side.