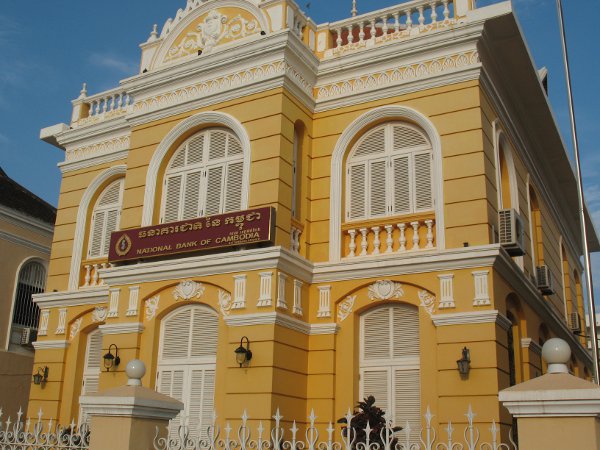 One of the best things about travelling used to be the people you met doing the same things you were. Some of the most interesting people I’ve met in life have been those out there, where your lives intersect. As Jack Kerouac pointed out; travel is useful, it feeds the mind.

Travellers' meetings can be those in which one learns more about one’s companion in a day, than in other circumstances would be possible in a year. Every time I went away, I’d meet great people. But alas, those days appear over. In these days of mass culture, an ever shrinking world and instant access to information, as opposed to knowledge, travellers seem less interesting than ever. They also appear less interested. The art of conservation is dying.

The only culture many appear to be interested in is that to be found at the end of their thumb. Not only do they not engage in any meaningful way with locals, they appear uninterested in their own travelling companions. Smart technology is helping kill curiosity of the inter-human kind. Is this peculiar to this age, maybe not. I mentioned this to a friend of mine, a generation older than me, and much better travelled. He said he thought this had already occurred over 20 years ago.

I used to be amused by backpackers wondering streets, their noses buried in a guide book. Often they’d walk right by some local feature completely unawares. Then they started annoying me. The book told you were to go. The trouble with guide books is; those out of the way places they are so keen on recommending, everyone now knows about them. The guide books killed the charm that made them special in the first place. The essayist, poet, dramatist and traveller Hans Magnus Enzensberger once remarked, “Once the traveller reaches his destination he has destroyed it”.

Advanced travel options, a rapidly shrinking world, and concepts of a global village have not improved a sense of cultural empathy in travellers, or more to the point, tourists, which is not the same thing. As John Malkovich’s character in Sheltering Sky said, “A tourist is someone who thinks about going home from the moment they arrive. A traveller may not go home at all.”

Take the case of the young American in the Popular Guesthouse in Siem Reap. At 10am dressed only in board shorts, he was berating the desk clerk because the electricity in his room had been off for a whole 40 minutes and demanded to know when it would be coming back on.  Aside from the fact wandering about half-dressed is culturally insensitive in Cambodia, if he’d bothered to look about he’d see a lot of businesses have big kick-arse generators parked up outside. This is because in Cambodia the electricity goes off a lot, sometimes several times a day. There are many reasons for this but none are the fault of ordinary Cambodians. The desk clerk did his best to explain he didn’t know when the power was coming back on. If the half-dressed American had any empathy he’d realise most Cambodians have to live this way all the time. The electricity was off in my room also, which made packing a little tricky. This is why you travel with a torch.

Nowadays some people can’t seem to be bothered talking to each other. Take the four backpackers I saw seated in a restaurant in Chiang Mai last Christmas. Rather than talking to each other, they were all absorbed in their phones. As I was waiting for a ride I had some time to observe them. Not once did anyone speak.

I’m reminded of other examples. I once shared a slow boat to Cambodia from Chau Doc in Viet Nam with an Australian couple, heading to Cambodia for the first time.  They had come away armed with all imaginable digital media entertainment paraphernalia. With their travel cushions and headphones, smart phones, laptops and tablets I don’t think I ever saw them look out at their surroundings along the Mekong River and the back waterways to the Cambodian border. At one point I saw what it was that attracted their attention in the laptop media, an American sitcom.

Waiting for them to collect their visas at the border post, a wooden hut in a collection of huts near a dirt road, the guy asked if I’d been to Cambodia before. I said yes, but not by this route. He seemed perplexed as to why I would come back. I wondered why he was there at all, which leads to a deeper question of why people travel in the first place.

“Are you going someplace or just going?” the man asked the Kerouac character in ‘On the Road’. My first inspiration to travel came from reading about far off places in faraway times, the seeds were sown. As a teenager I discovered hitch-hiking, which enabled travel on a budget combined with adventure. Most people I met were good folks and some were very interesting. I learned to be able to read people pretty well. All up hitch-hiking was a good education and one well worth leaving school for. However, its limitations soon became apparent. It’s independent travelling to an extent; but you have to go where the people are.

I liked to move and for a young guy experiencing life on the road for the first time, there was nothing quite like watching those white lines flick past the window. Partly this was the urge that elsewhere would provide what cannot be had at home, but mostly it was plain curiosity. Travelling deck class, hitching rides and sleeping on road sides wears after a while. As you get older you like more comfort, if not just to say you’ve progressed upwards in life. You can still have adventure without slumming it.

I’m reminded of some of the interesting characters I’ve encountered over the years, travelling about various places. One was being picked up hitch-hiking at a toll booth near Aix-en-Provence by a chauffeur for a Nice-based millionaire driving to Lyon to collect a business contact for his employer in the latest Rolls Royce. On the outskirts of Lyon he was informed to go to Paris instead. We drove all night. That was the first time I saw the Eiffel Tower, from the backseat of a Roller. There were the two Italian sisters in Koh Chang, back before there was a road on the island, and access was only by converted fishing boats. One earned her PhD under Umberto Eco. Outgoing, she spent her days teaching Italian on the beach in her bikini. Her sister, a recovering junkie, possessed a caustic wit. When two gay Germans lambasted her for going about topless, she retorted "At least we didn't invade and kill half of Europe!"

There was Jeb, or to use his non-de-plume, Harry the Horse. I met him in the Jordan Valley one summer. His only possessions were books. There was Proust, Joyce, Lawrence’s Seven Pillars of Wisdom, rather apt given we were not far from the Allenby Bridge to Jordan, and Under the Volcano by Malcolm Lowry. In keeping with this literary idol's prodigious alcoholism, he produced a bottle of Gilbey’s gin which he consumed while telling of his experiences working in Brixton. There he’d received his nickname working in a Greek restaurant. "They were always telling me to hurry up, they'd say 'harry, harry'. So when they asked my name I automatically said 'Harry. They thought it was hilarious." He was amusing, bright and a rather lost soul, underpinned by I suspect, a deep sadness. There was a man named Chef, probably because he was one, who would host a potato bake in a river valley near Toulouse on Saturdays. Plied with cheap wine in plastic containers waifs, strays and drifters would assemble to eat and drink the night away. The tales of travel and experiences in common were delightfully informative. The next morning sitting in the Sunday sunshine was all the better without the bete noire of school or work. I was 20 years old.

My grandfather used to read up on the history of places he travelled to. Do people do that now? Despite the proliferation of ready access to information on the internet, people seem not to have benefitted from it hardly at all. People skim read short passages with attention spans so brief little of substance sinks in. Some people don’t travel to see what’s different, they go for what is the same. They want the familiar only cheaper and preferably with sunshine. They sometimes behave in ways they wouldn’t at home, often badly. Contact with the locals is restricted to those serving their drinks and clearing their tables.

Does empathy with tourists still exist? The answer with such generalisations is of course both yes and no. Examples depend on your experience. Take the mature American guy in Chiang Mai. One morning while having coffee at a restaurant in the old town, a German-speaking couple came and sat down opposite me. The man smoked a foul-smelling cheroot and reclined in his chair feet pointing out into the street. The American passing by offered some friendly advice, that the soles of the feet are the dirtiest part of the body and pointing them at Thais is the height of rudeness. The German puffed away and ignored him.

Then there is the hideous spectacle of tourists at the Karen long neck village near Chiang Rai, included on many tours to the Golden Triangle. Everyday a steady stream of vans make their way down the country lane to view Karens in their poverty. Their “village” is a collection of temporary structures made from impermanent material. Women tend a row of stalls lining a dirt path covered with thatch selling colourful handmade wares. Whatever the money derived from these sales is spent on it is not amenities or housing. There is no mains electricity and water comes from a broken plastic pipe near the main road.

The young Karen woman selling wall hangings told me that her family had lived at the site for two years. Previously they had been further away in the hills motioning to the hills away in the afternoon haze. Her family had come from Burma now Myanmar 50 years ago. At that point a woman with a camera sporting a large telephoto lens came up next to me, pointed her camera at the Karen woman, took a photo and without a word walked off. I was struck by the abrupt rudeness of this behaviour. When I asked the young Karen woman if she minded such behaviour she shrugged and said there wasn’t much she could do about it.

Florentine journalist Tiziano Terzani spent four decades before his death in 1994 writing, exploring and living in Asia. Many of his experiences were captured in his works, including A Fortune Teller Once Told Me (1995). “I am an explorer,” he had written, “and I go to explore.” Terzani had a profound dislike for tourism, which he called “one of the most despicable, destructive industries on the face of the earth.”  I hope I keep travelling and I hope I can still find interesting people. But I won’t be going to any overly touristy places, certainly not a peak times, anytime soon.